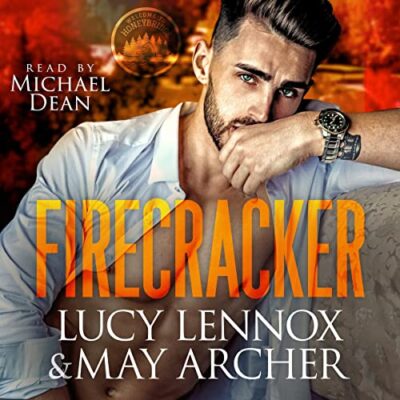 There are three kinds of people in Honeybridge, Maine: The Honeycutts, who know a lot about love and loyalty; The Wellbridges, who think they’re the epitome of wealth and refinement; and the rest of the Honeybridgers, who know better than to get in the way of the centuries-old rivalry between the two.

There wasn’t a time when I didn't know Flynn “Firecracker” Honeycutt.

He’s been my childhood friend. My high school rival. The guy I couldn’t stop dreaming about, long after I thought I’d left him and Honeybridge in my rear-view mirror.

Now he’s the key to the giant promotion that can make or break my career… if I can just convince the man to give me the distribution rights for his award-winning mead.

Flynn’s not the guy he used to be. His gorgeous eyes used to spark with dreams and fire, but now he looks at me with cold fury. And just like Achilles had his heel and Samson had his hair, I had Flynn Honeycutt, the one man I’d never been able to charm, despite an entire life spent winning people over.

I’m not giving up, though. Because I’m not the kid I used to be, either. And because, if the two of us can survive a long, hot summer filled with his family’s crazy antics and my mother’s single-handed determination to keep the Wellbridge-Honeycutt feud alive, there might just be a chance for both of us to get what we want:

The fulfillment of an old town legend.

And another chance to spark Firecracker to life.