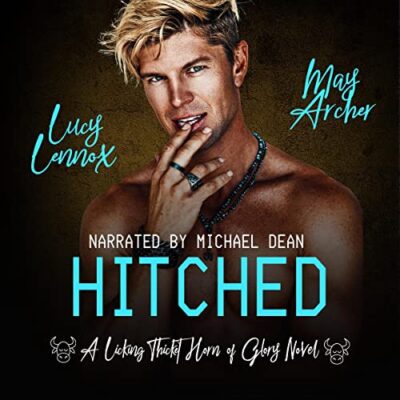 But it turns out there are some situations Champ can’t handle alone, like:

• Going undercover as a wedding planner to retrieve some missing cartel data in time to avert an international crisis.

• Keeping his jerk of an ex from threatening his business.

• Preventing Quinn Taffet, Licking Thicket’s gorgeous, charming new wedding planner—and Champ’s fake fiancé—from getting into danger… or from getting the wrong idea about their relationship.

• Fighting the pull that lands him in Quinn’s bed night after night, despite his very best intentions.

• Stopping the pun-happy matchmakers of the Thicket from destroying the sane, well-ordered life he’s built for himself.

• And, most troubling of all, protecting his traitorous heart from all the romance in the air.

In short, Champ needs an extraction plan ASAP before he finds himself well and truly… hitched.