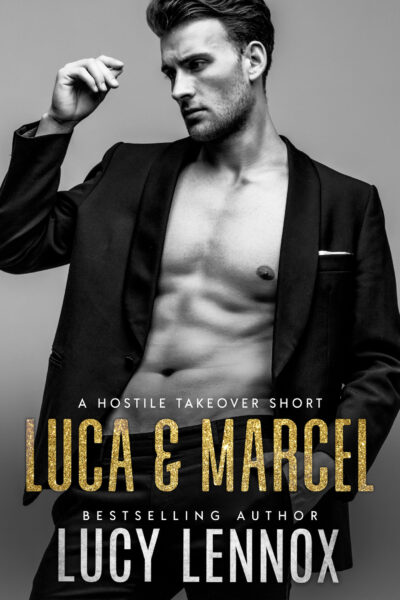 Will his temporary personal assistant turn into something permanent in Vegas?

When billionaire hotelier Luca Bernardi discovers his trusty assistant can't come with him on an important business trip, he panics. Thankfully, his PA calls in a backup. Only... she was a little under the influence of heavy narcotics when she made the call... and when the temp shows up wearing sequins and a tiara, Luca wonders if his PA has taken leave of her senses and arranged for a sex worker instead of a professional assistant.

As the PA to a renowned venture capitalist, Marcel Abbott knows his way around an investment negotiation. As far as he's concerned, he's the best temp this Luca guy could ever want for his business trip to Vegas. But when Marcel boards Luca's private jet, Luca treats him like... a rent boy?

Join Luca and Marcel as they navigate a giant misunderstanding and battle the instant attraction they feel upon meeting each other. With Lucy's typical humor, heat, and heart, Luca & Marcel is 12k words of deliciousness!

Luca & Marcel can be read as a complete standalone but also introduces characters who get their own story in Hostile Takeover found here.